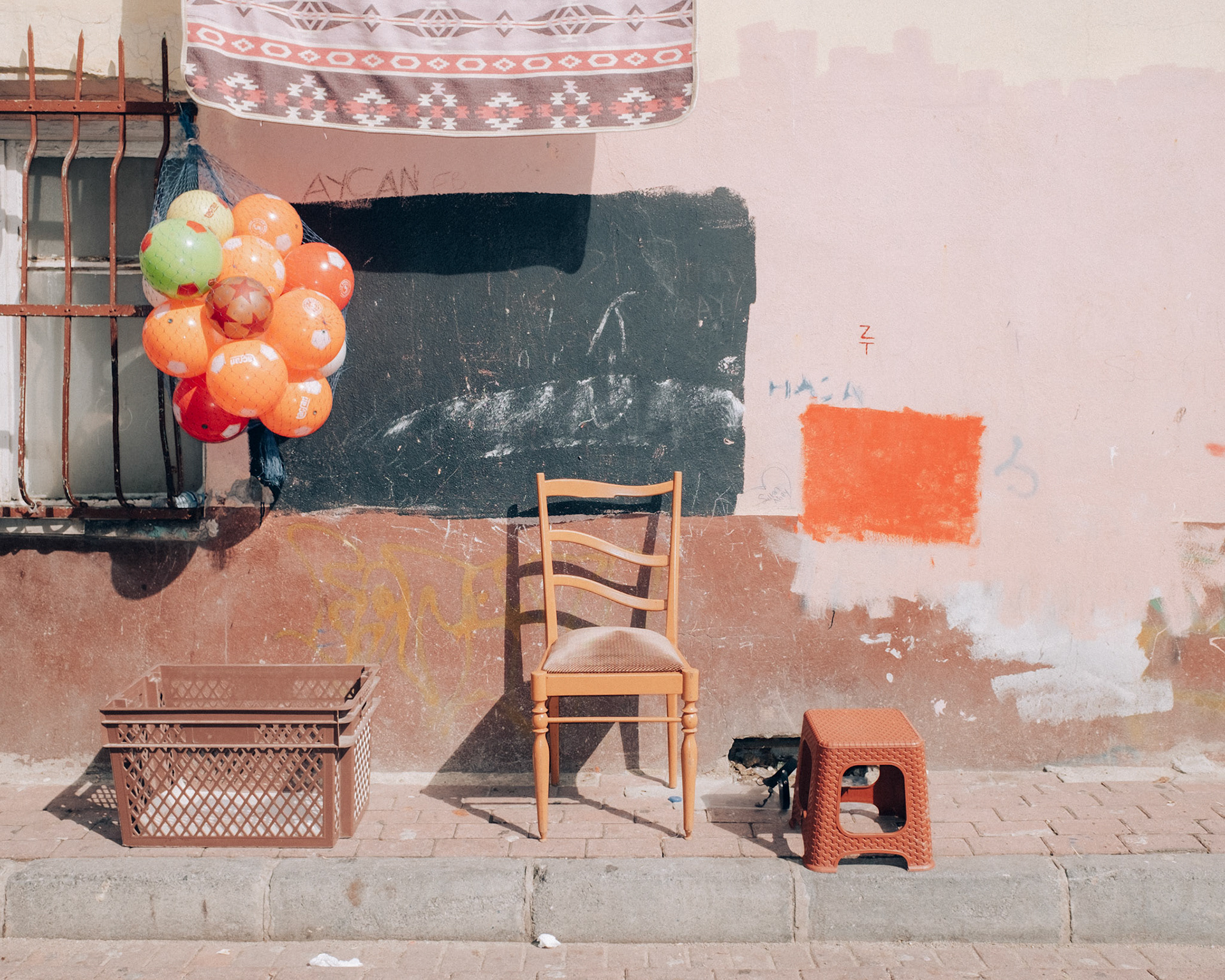 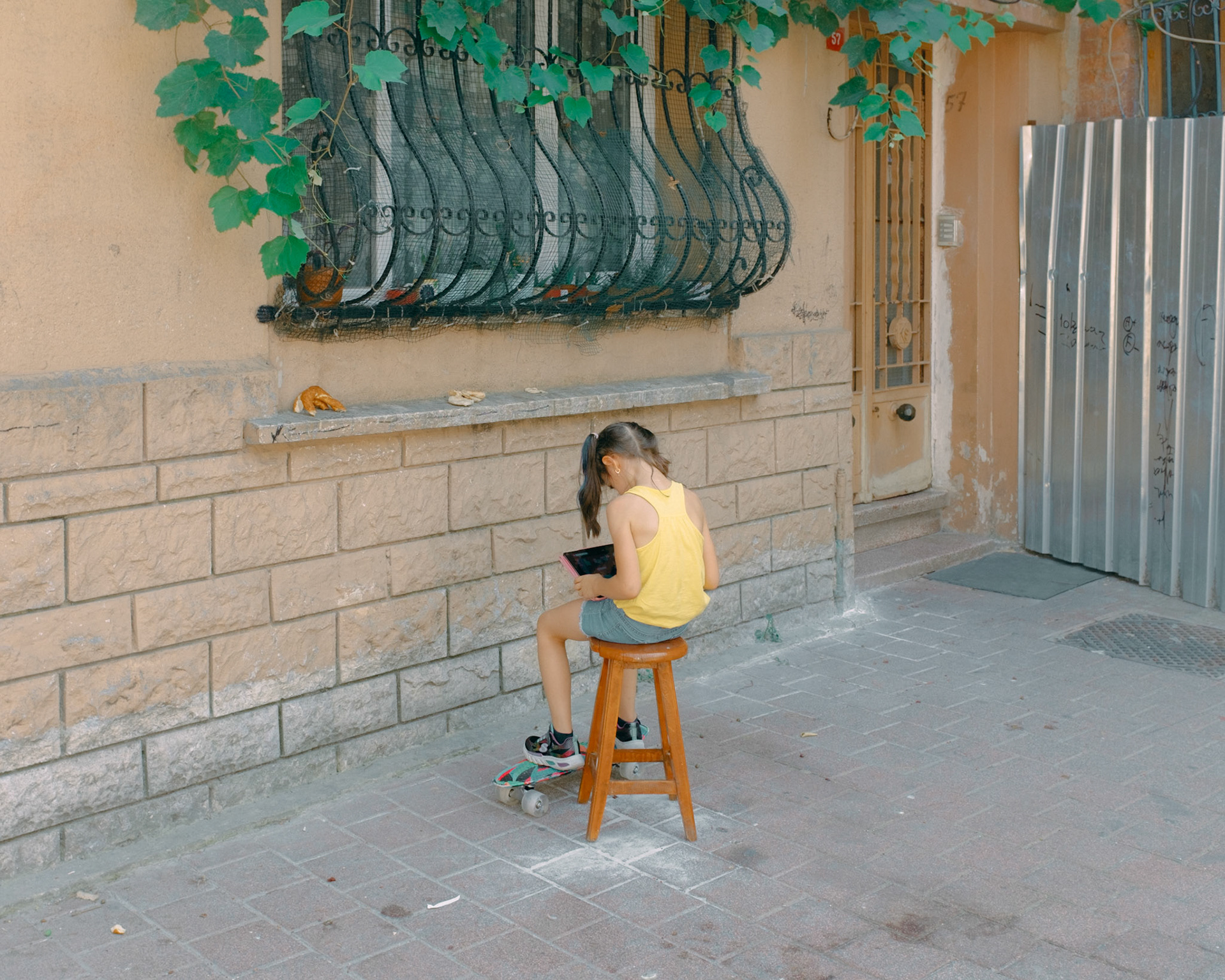 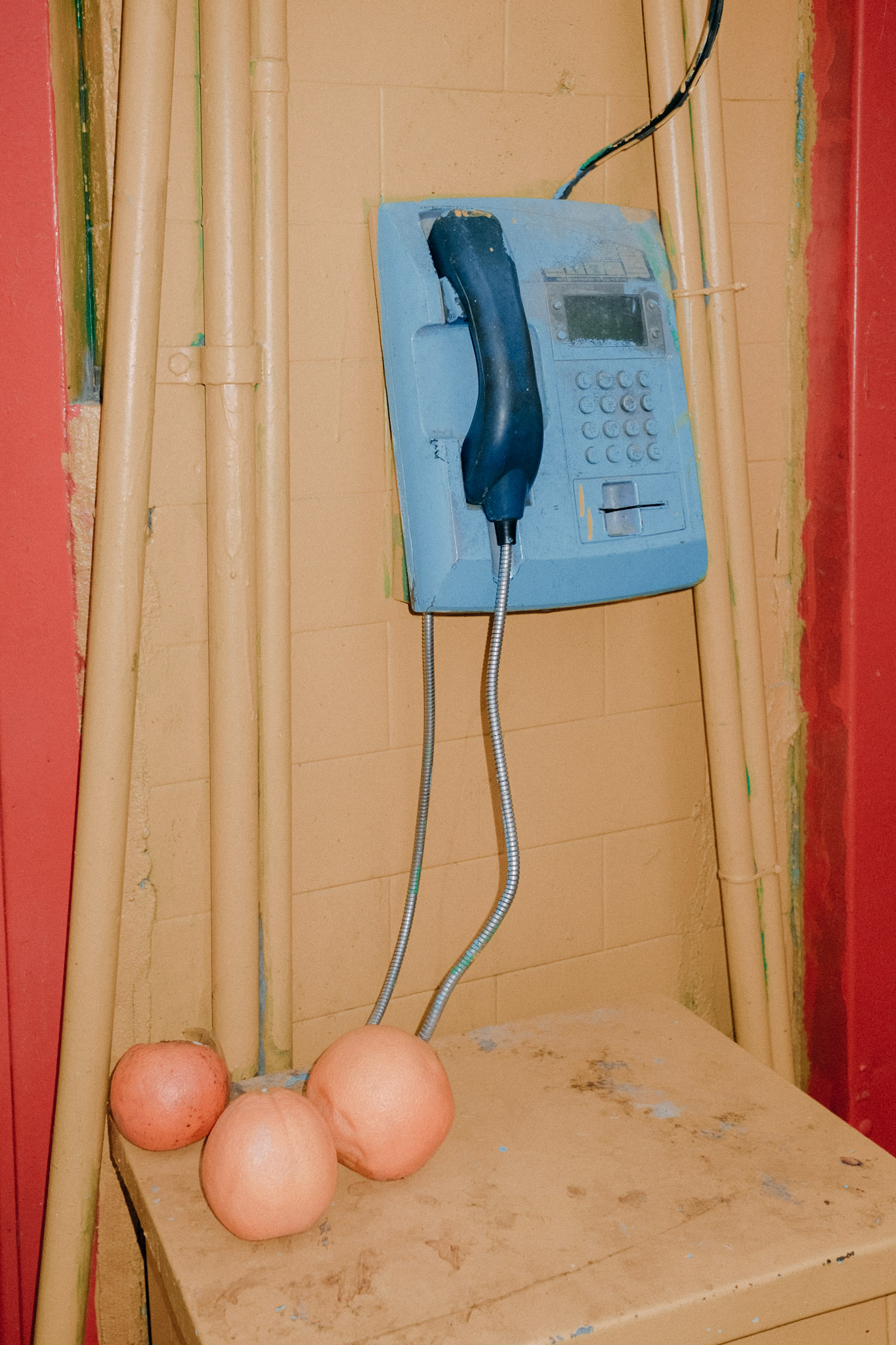 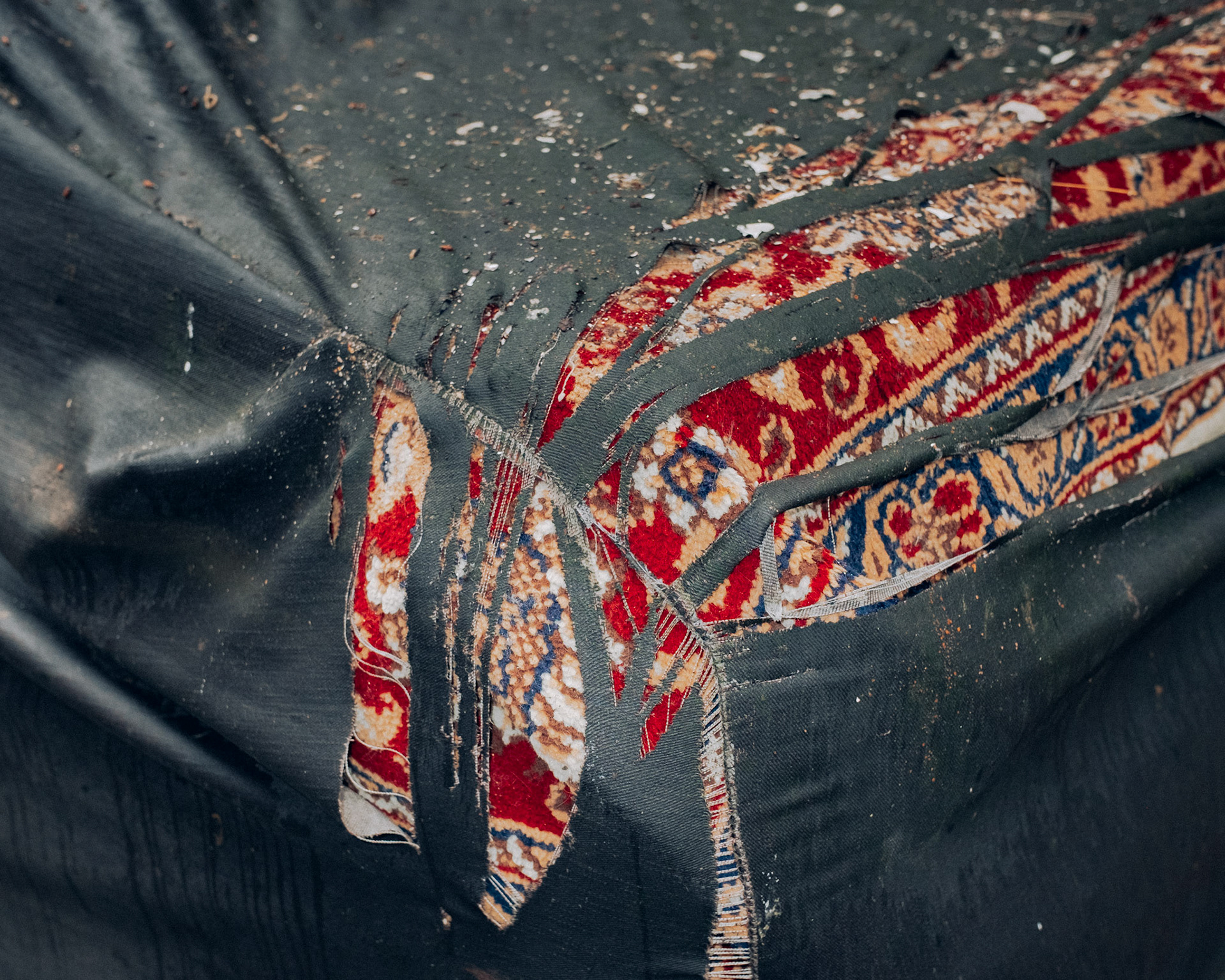 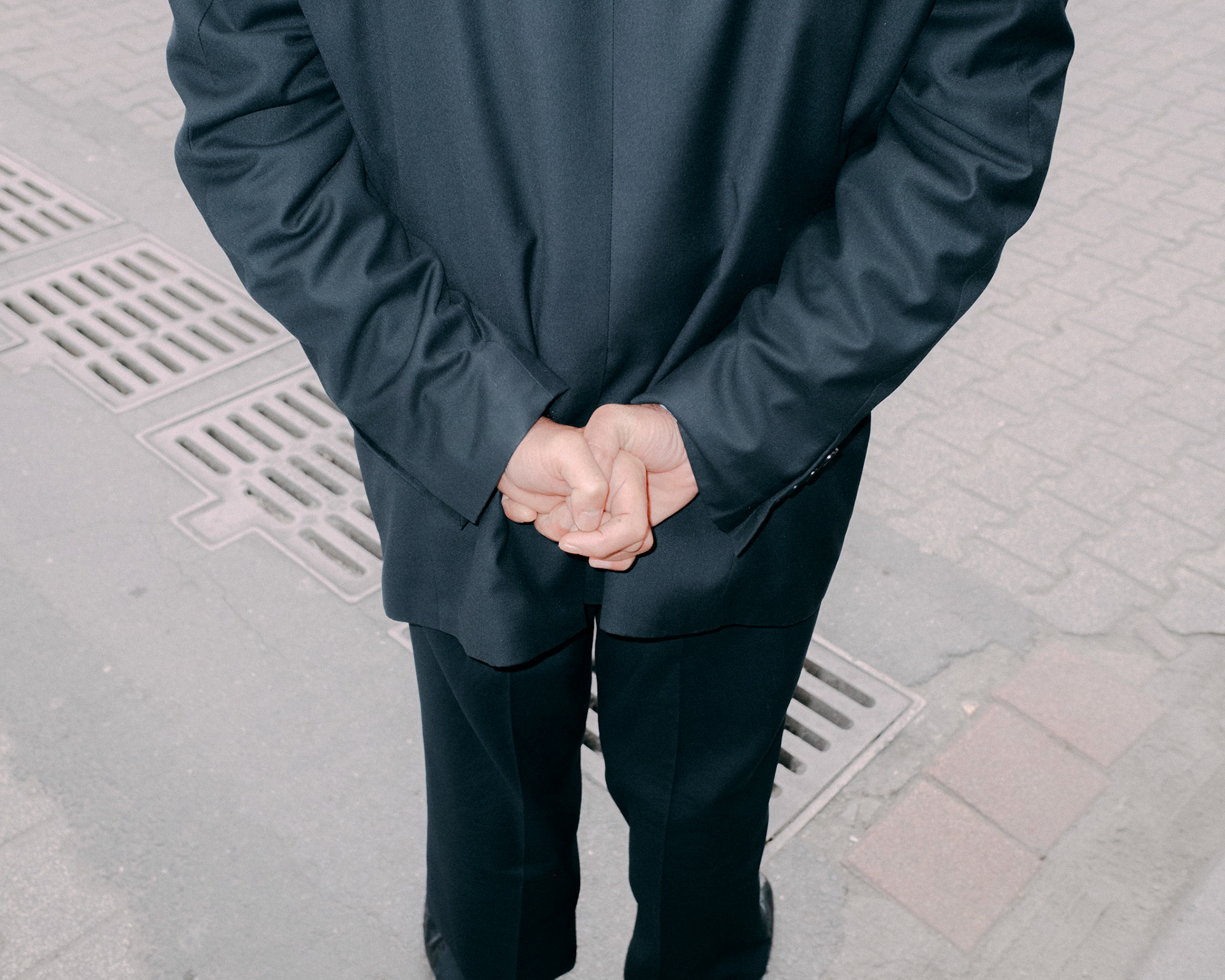 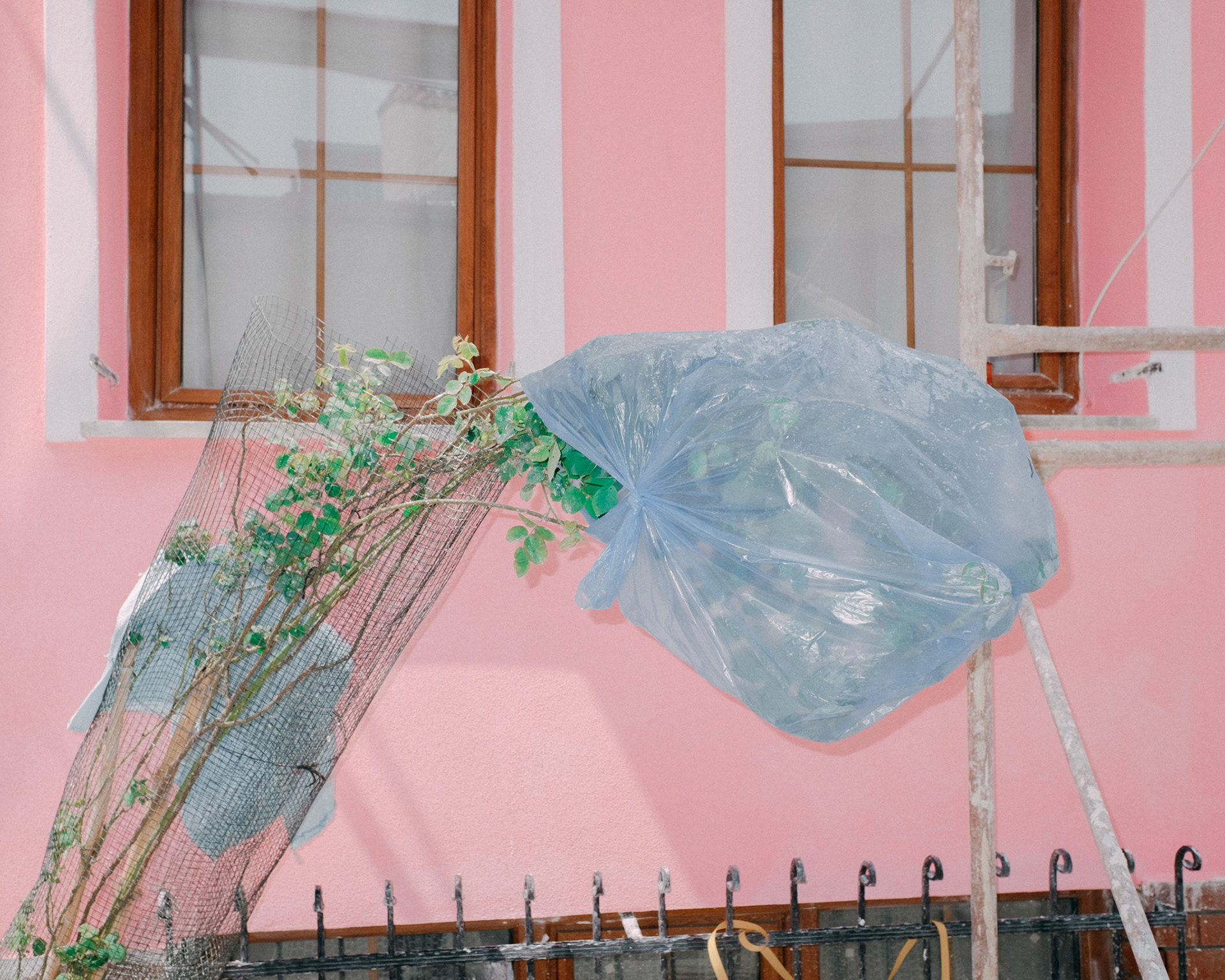 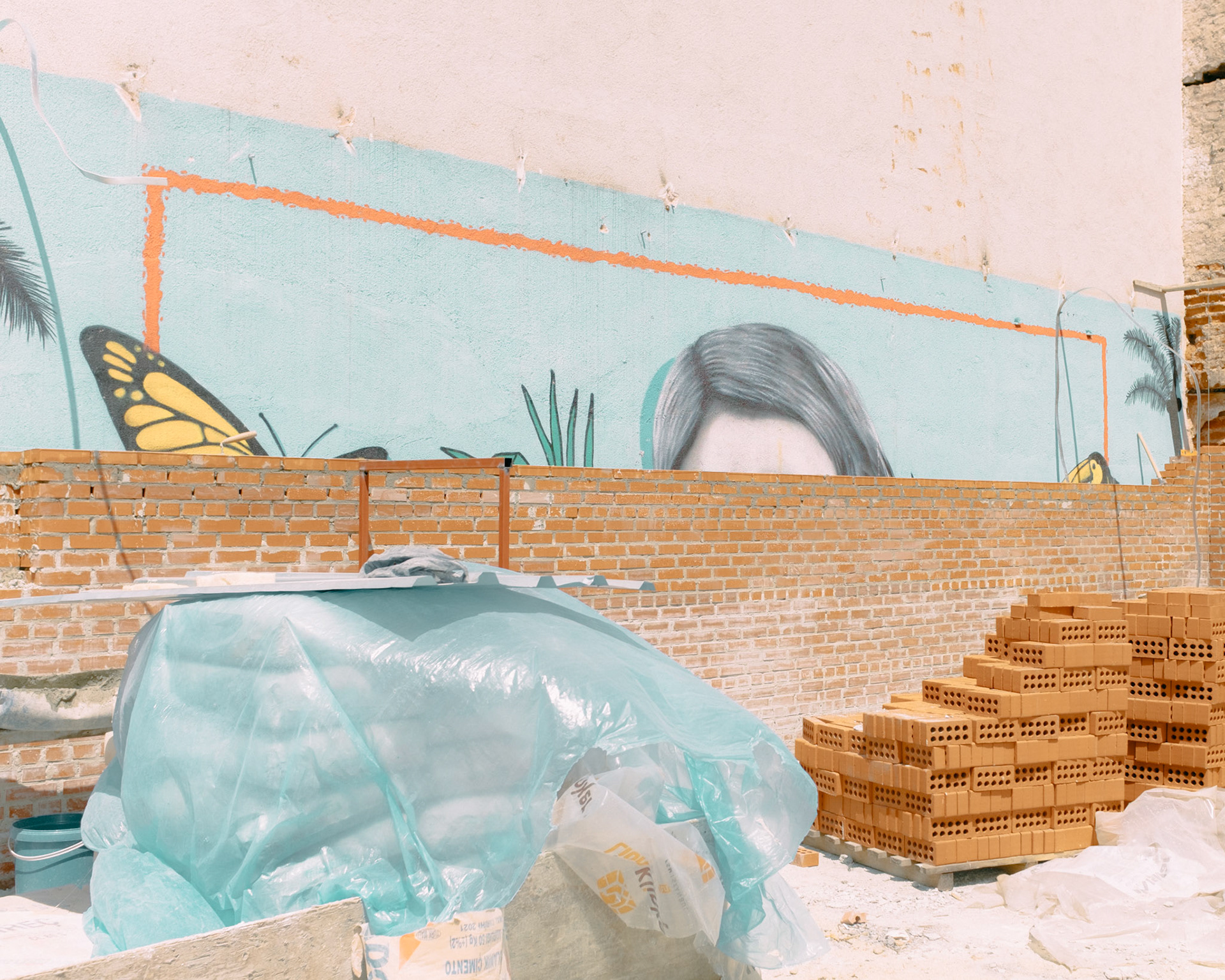 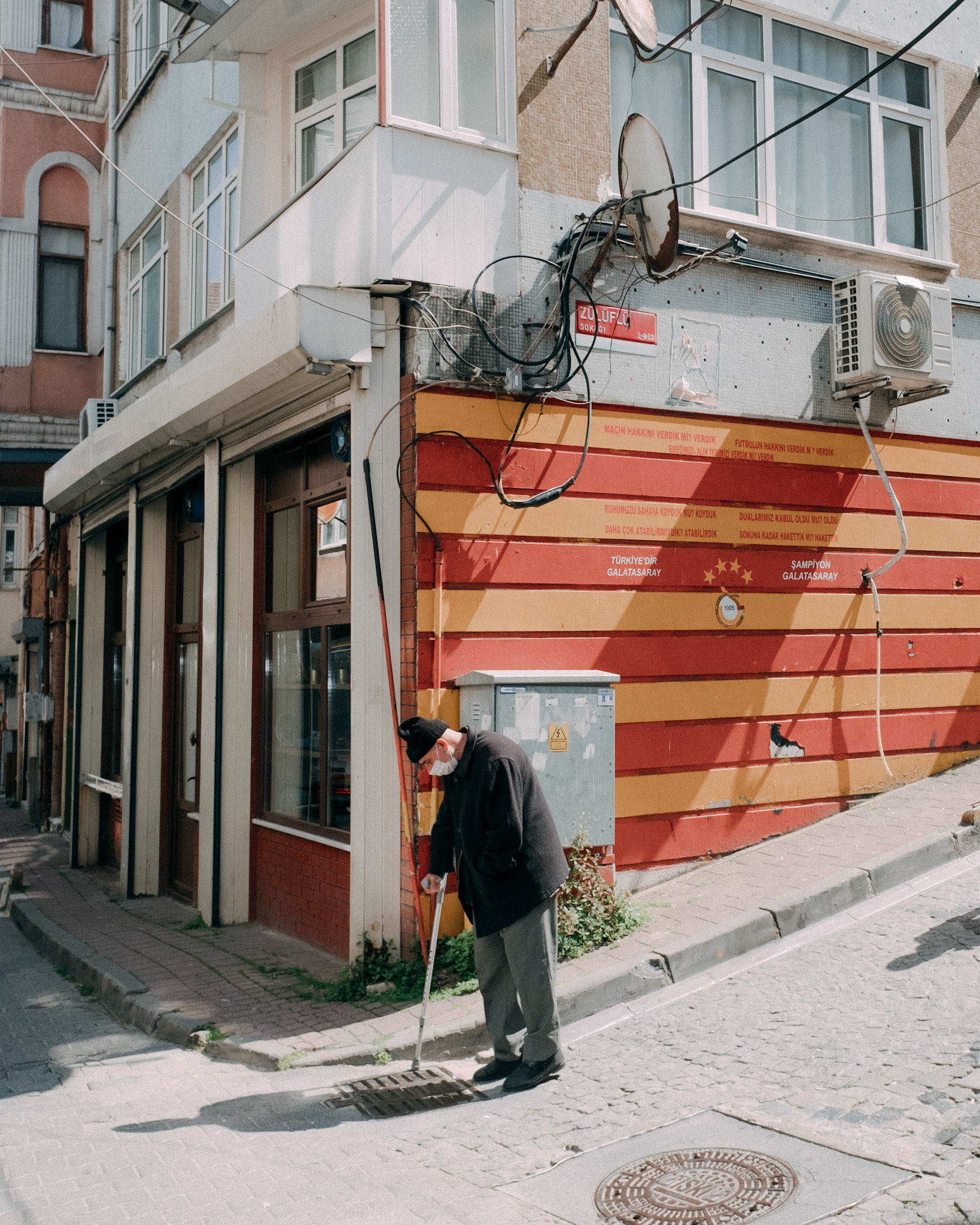 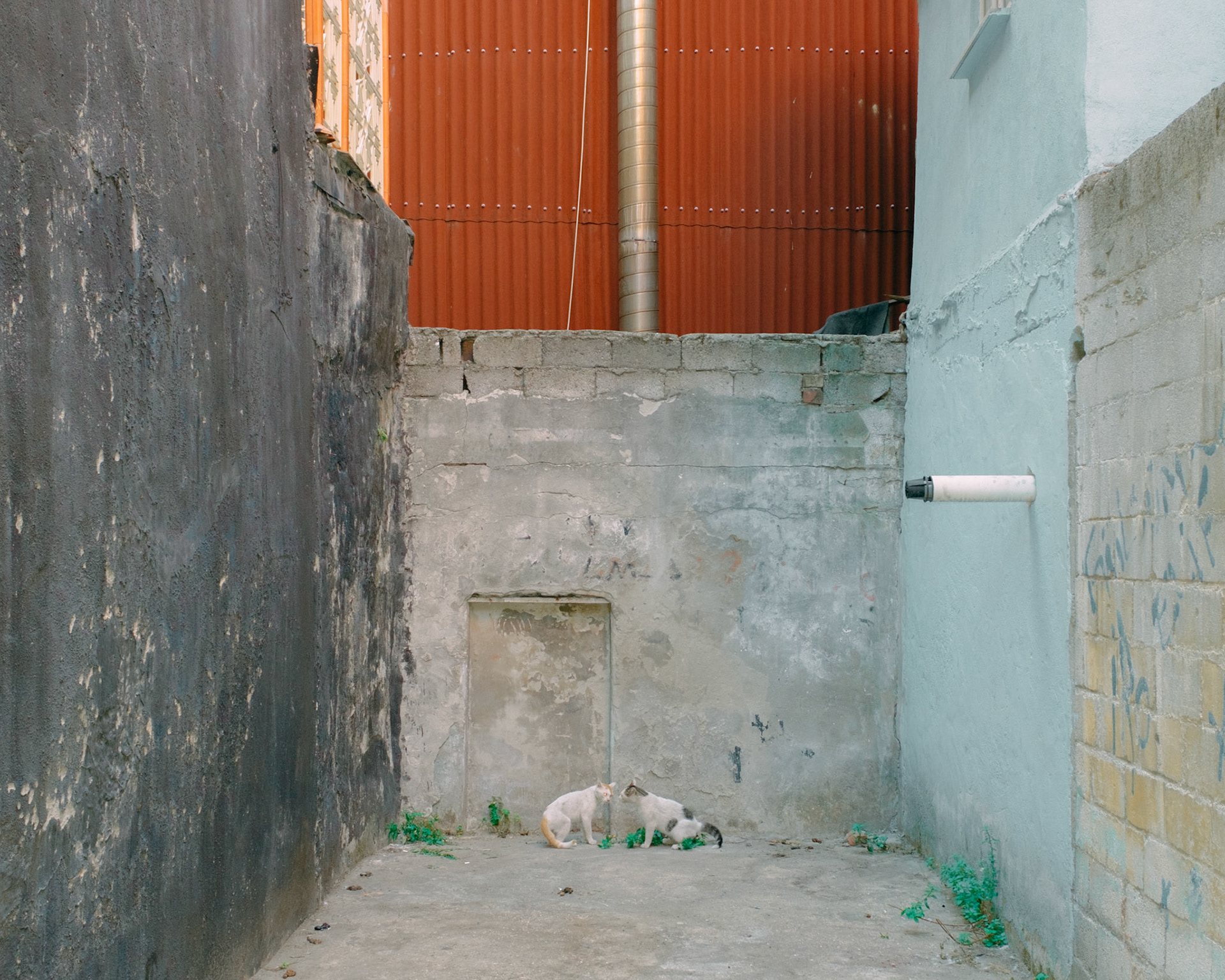 2020 - 2021
I have never claimed to have documented Balat, it has never been my intention. Instead, I was documenting my adaptation to a neighbourhood that is seemingly ever-changing.

Naturally, I wanted to see something still. So, I kept photographing with good intentions. Everything I took a picture of vanished the next week, to never return. Buildings, graffiti, people...

For the first time, I got punched in the face for taking photographs here; I had gone to an all-boys high school, he was no match to me. But I still remember, sometimes I hesitate, because of him.

Everything is loud in Balat. Maybe because the original inhabitants of the neighbourhood left quietly, to never return.

And I live in a house with a massive dark blue door. Behind the door, we lived through some dark times. I wanted to photograph the inside too, but I was too late: grandma passed away here.
December 2021